This guest post is from Emily Neuberger, who wanted to share some recommendations with you. Emily is a writer living in Brooklyn. Her debut novel A Tender Thing, ( A | BN | K | AB ) was released this spring.

I don’t know about you, but I’ve been finding it difficult to read while in quarantine. It seems every time I open a book, the anxiety starts: How is my mom doing? Did I send that work email? What’s going on with school closures? Maybe I should check Twitter one more time…

In times of strife and worry, I’ve always found romance to be a salve. This time is no different. But, like a spinster aunt chaperone in a Regency historical, I must look out for my nerves. I want something soothing: the prose equivalent of a hot bath.

And I’ve found myself turning, once again, to Mary Balogh. 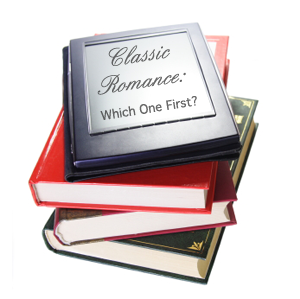 Oh, Mary! How can I possibly sum her up? She’s a Welsh-Canadian romance novelist who’s been writing for almost forty years. Her heroines run the spectrum from soft-spoken to ferocious, but they always have a compelling dignity and kindness. Balogh’s books beautifully describe the English countryside, have the elegance of a classic novel, and capture the civility and restraint of Regency society. More than once, I’ve thought of her books as peeking into the private lives of Jane Austen characters.

If you’d like to settle into a romance as comforting as a pot of tea — milk, no sugar — I can’t recommend Mary Balogh enough. She has more than seventy books, so I’ve put together a list of favorites to help you discover where to begin. Perhaps her most beloved series, the Bedwyn sextet is filled with gems. Starting with Slightly Married, it follows the six brothers and sisters of the passionate and headstrong Bedwyn family. I’m a sucker for any series that focuses on siblings, especially when there’s a troublemaker in the bunch.

My favorite here is Slightly Scandalous. It follows Freyja, the fiery and independent eldest daughter, who’s determined to shirk her restraints and avoid marriage. Enter Joshua Moore, Marquess of Hallmere, a man with the very same mission. When the two team up to trick their family — and society — into granting them freedom, sparks fly. The fourth book in Balogh’s latest Westcott series, this one is a favorite of mine for starring a couple in their forties. When the heroine, Viola, is widowed and left ruined, she encounters an old flame in the form of the Marquess of Dorchester. Twenty years earlier, they had a heated meeting, but never connected. After years of playing by the rules, Viola is determined to have a little bit of fun on her own terms. But adventure is never simple….

This novel is very special. While so many romances focus on first love, Someone to Care follows characters who’ve spent decades leading full lives. Not only is it a refreshing change to read about more mature people, but Balogh utilizes their ages to construct an even more romantic ending. Both characters think they’ve seen all the surprises life has in store for them. After years putting others first, Viola especially has learned not to expect much happiness for herself. It was such a joy to see her proven wrong. After a years of life bound by duty, it’s not easy for either Lucas or Anna to open their hearts. While both began life with generous natures, they’ve learned self-protection after trusted allies betrayed them. Only the heart-racing connection they find together makes it possible to maybe, just maybe, dream of love. Is it possible for these two hardened hearts to learn trust? Maybe not — when a crushing torment interrupts their newlywed bliss, they resign themselves to a lifetime of unhappiness. But is a loveless marriage really in their futures?

While the beginning of their conflict hinges on a misunderstanding, it takes much more than a clarifying conversation to solve the drama. Before they can come together, both characters must travel their own journeys, learn to trust in others, and more than anything, understand that they deserve love. With so many forces pulling them apart, internal and external, the eventual happily-ever-after is that much more satisfying. Oh, and the steamy scenes here are very enjoyable. This book is the first in the Huxtable Quintet. When the Viscount Lyngate travels to a small country village intent on finding a wife, he chooses the lovely and respectable Margaret Huxtable. But her younger sister, the outspoken widow Nessie, is intent on saving sweet Margaret from a loveless union. Nessie offers herself instead — and when the wedding night arrives, the couple find themselves delightfully surprised at their match. She’s not the quiet wife he dreamed of, but perhaps this marriage can become more than just convenient. Nessie is loyal, inelegant, and smart, the kind of woman we all hope will find a happily-ever-after. Second in “The Survivors Club” series, this might be my personal favorite Balogh book. Balogh has a talent for taking an external conflict and burrowing it deep into the characters’ psyche; she never relies on happenstance to carry the plot. In The Arrangement, the Viscount Darleigh has always been under the protective thumb of his family members — as the youngest in his family, the heir, and, recently, as a blind man. He’s determined to marry a woman of his own choice, and selects the unassuming commoner Sophia Fry.

What starts as a marriage of convenience soon turns into an arrangement restoring the independence of both… and then, of course, something far more. But both characters have some serious chips on their shoulders, and neither believes the other one could possibly love them. What I loved most about this one is their insecurities never stopped them from freely giving their love to the other character — never bitter, these two captured me with their generous hearts.

Visiting with these characters during the quarantine is a welcome pause from the stress that surrounds me from every direction. Balogh’s writing is a perfect respite, and her books are like old friends at this point.

What about you? What are your favorite of Balogh’s books? Where would you recommend readers start?