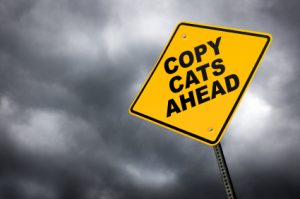 At some point one might blink in un-surprise to yet another discovery of rampant holy shit plagiarism, but today is not that day (and frankly, I hope it doesn’t arrive).

Per Courtney Milan, Tessa Dare, and many, many other people doing the terrible work of unearthing and checking  books page by page, it seems writer Cristiane Serruya has lifted…sheesh, at this point, half the internet into her books?

As always, a fan found it and let Courtney Milan know:

If you know me, you know I do not make accusations lightly–especially accusations about plagiarism and copyright infringement. Earlier today, a fan sent me an email claiming that portions of my book that had been copied by another author. After investigation, I have concluded that Christiane Serruya has copied, word-for-word, multiple passages from my book The Duchess War.

There are more passages copied than what I list below, and history suggests that if you delve deeper into this book, and other books, there will be even more plagiarism.

Once folks began looking, there were plenty of additional examples. Which of course means buying copies of a book one suspects contains other people’s work – a particularly galling enterprise, return policies notwithstanding.

As Tessa Dare searched, Natalie The Reading Debutante identified The Duchess Deal as one of the sources.

Well, this is embarrassing. I am 95% sure this was lifted from my books, but I don’t know where or in which one. Geez, #CopyPasteCris knows my books better than I do.

Sidenote, how come none of the bits from my book show up when I search? I had to go get the other off the shelf. pic.twitter.com/aDqEUhelj2

It seems the lifting is rampant and thorough, too:

I am literally 9% into ONE book “by” @CrisSerruya (ROYAL LOVE), and have found text plagiarized from at least 5 authors. #copypastecris

And while passages from Bella Andre, Trish Morey, Lynne Graham, Abby Green, Karen Marie Moning, Lisa Kleypas, Kresley Cole (is your jaw on the floor with mine?) and many others have been identified, reader Kawy also spotted lifted recipes from The Knot, and from The Field Magazine:

YEP, she plagiarized @theknot for the wedding cake! And $5 says that Baumkuchen paragraph came from somewhere https://t.co/pIO4Oo2Pl2 pic.twitter.com/HfUfN0YUHl

We haven’t gotten to “and the ‘author’ once managed Blues Traveler” territory yet, but that is definitely a new subterranean notch on the WTF scale.

The scope of the plagiarism is still being revealed, with new updates at the #CopyPasteCris hashtag on Twitter.

I’m still caffeinating but I’m about 87% bafflement face at the moment, with an equal amount of exhausted empathy for the individuals doing the investigating. The hours it takes to identify, search, and match passages from other books are not small in number. (Been there.) And it is work that the potentially wronged individuals have to do, because otherwise the plagiarism continues.

And then there’s the ridiculousness of lifting so much from so many places to assemble into one book. Imagine the work that goes into creating a new document, then taking portions of others, fitting them into the skeleton of some kind of narrative, and finding others to add in as well. Forget the mathematical calculations of how many tabs that would be in a browser. Why would someone do that? It seems like an astonishing amount of really, really dumb work and, as always, you’ll get caught.

Looks like I’m going to have Rihanna stuck in my head all day:

And it’s over now…

If the plagiarism call-and-response pattern holds, at some point there may be a flounce (which is always a boomerang because flounces are never one way) or maybe a vague, passive-voiced non-apology.

UPDATE: I was wrong! I was not expecting this response:

Wow, wow, wow. I just wake up to this. How could I have been plagiarizing 5 authors? I love your books, @TessaDare and I am a lawyer. I’d never do such a thing. 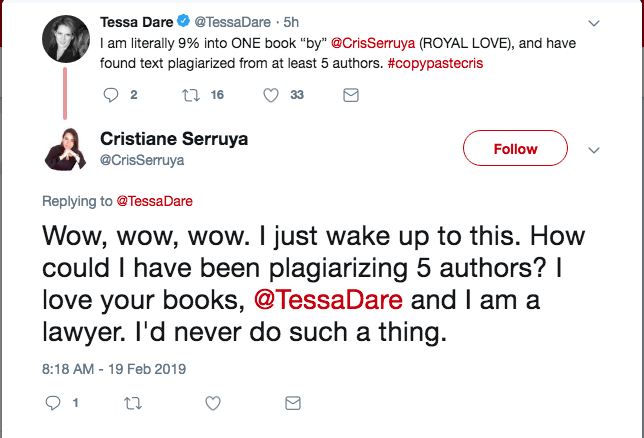 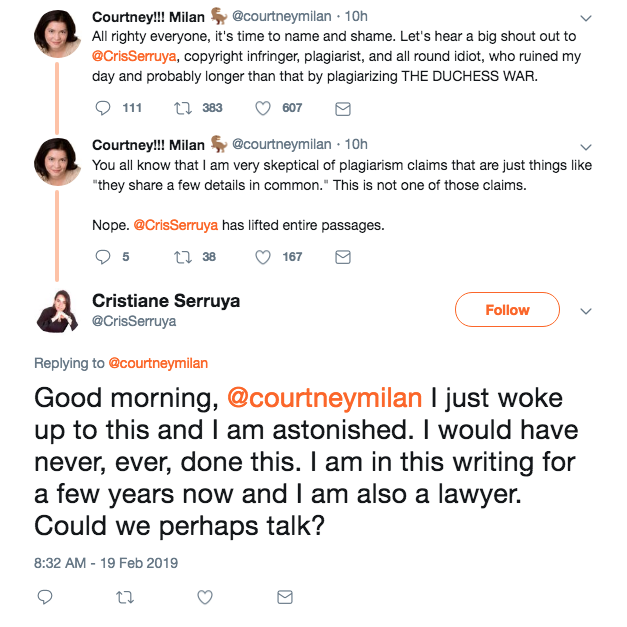 My theory, and purely a theory: ghost writers. Lots of ’em, grabbing passages left and right then selling the “manuscript.” ETA: I’m definitely not alone in that theory.

I know there’s a market for ghostwritten romance manuscripts (since romance is a perennial cash production machine according to some wisdom). I wonder if someone has developed software that takes pieces of books like a deck of cards and shuffles them into a new order.

Presto. A “book.” I wouldn’t be surprised if such a program exists, but again, a lot of work for something that will be discovered. Readers remember shit like this, and we recognize patterns, especially in books we love. Always.

This story will likely to continue to evolve and I’ll update as new information arrives. In the meantime, I wish everyone some sleep and a LOT of coffee. Really, really good coffee.

ETA: I’m setting a timer for 5 minutes and using the free preview to see what I can find. Ready, set, go. 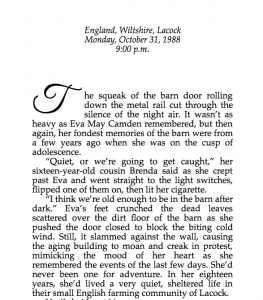 Chapter One, All That’s Unspoken, Constance Phillips, screenshot via Scribd: 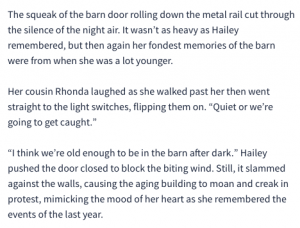 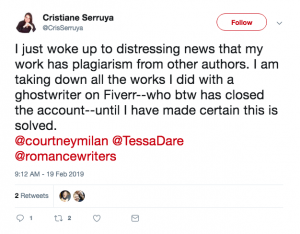 ETA: Via Claire O’Dell: the Goodreads page for Royal Love has been edited to read “Plagiarised from Courtney Milan.” 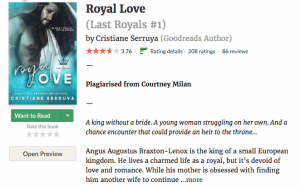 Well, that’s been a lot.

A person named Bee commented on Courtney Milan’s original post saying they had worked as a ghost writer for Cristiane Serruya (and who wasn’t paid, either):

Her work, when given to me, was a number of mishmashed scenes that needed “expanding”, as she said. I took for granted that these were her own words, and embellished as she requested, as this is how I work–I often help authors who are “too close” to their own book to get it in shape for publication. Now I can see that it’s very possible those were plagiarized scenes that she was hoping a ghostwriter would change enough to make unrecognizable.

Courtney also revealed on Twitter that two additional ghostwriters have independently contacted her revealing the same details of Serruya’s approach.

And the list of plagiarized titles has lengthened to nearly 30 (I’m sure it’ll pass that number today).

CaffeinatedFae on Twitter (holy smokes I love that name!) has been keeping a running tally and posting them in a Twitter thread. And @JeannaLStars has also kept a Twitter list with US and UK buy links.

Titles link to the book in question.

When I saw “Nora Roberts” my first thought was, “Everybody, get underground NOW.”

Plus, there are the pheasant recipe from Field Magazine and a scone recipe from Jamie Oliver, as well as two articles:

And, this Tweet from @SalvagedBooks and KJ Charles made me snort coffee: 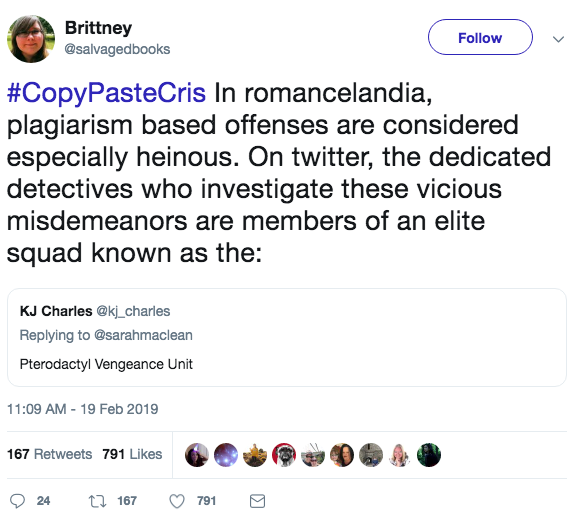 Courtney Milan has also provided a detailed post of what to do next, including filing ethics complaints with RWA and reporting the books at Amazon, BN, and Apple. She’s also created a Yahoo Group for those affected. Details are at her site, of course. This community can be truly a gift.